My Struggles With Tech Are Not New 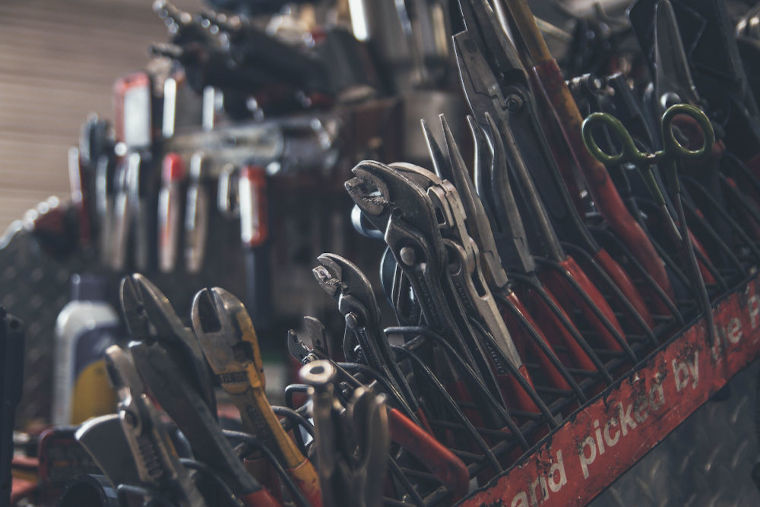 Tech stacks have always been a strange thing to me. I’ve switched up my workflow, and the software that makes up my personal tech stack, every couple of years for as long as I remember. In some cases this has been due to a change of rolls but, in most cases, it usually comes down to nagging issues that reach the point where the grass really does seem greener on the other side.

My history with tech

It seems that each time I switch up my stack the catalyst is a change of focus for what I’m actually looking to do. For example, I went from Windows to Mac in 2008 when I started getting into WordPress and web development in general as it was easier to develop on when I was hosting my work on Linux servers.

As time went on, tools changed, operating systems changed and capabilities of all of it changed but there have been two trends that have remained the same, simplicity and privacy/ethics. For example, my first Linux laptop ran OpenSuse in about 2003 as I considered open source a more ethical alternative to Windows. It didn’t last for me, though, as it really wasn’t simple to keep running, even with my modest requirements. At the time DRM was a big issue with the rise of MP3 players and the price of software, surveillance capitalism hadn’t really been invented yet, but the desire to do better with technology was there.

By 2017 my overriding tech desire was simplicity. Privacy seemed impossible and the idea of ethical computing felt like a luxury that just wasn’t practical for anyone who wanted to put food on the table. Even as I built a career in WordPress largely because I believed in the ethics of, at least, the community around it my tech stack was entirely Apple and used proprietary software for the sole reason that it was simple. Having nearly every device from Apple removed the need to think about my tech at all. As long as I used their hardware and software I could jump between any device almost anywhere I wanted because it was simple.

By the end of 2017, and in search of a mobile service that would actually work where I needed it to, I did the previously unthinkable. I broke out of the Apple ecosystem and bought a Google Pixel phone on Google Fi. You know what, it worked absolutely everywhere I needed it, whether at home or in another country I didn’t have to worry about it. That felt great!

Following the Google Fi switch and, in response to a $3,400 Mac that had failed 4 times in only 2 years with bad keyboards and other hardware issues, I realized I actually could leave the Apple ecosystem completely. I bought my first Linux laptop in 13 years and switched up my tech stack again, this time going entirely into the Google ecosystem.

Sure, my hardware was from different manufacturers with computers from Google and System76 and a Google Pixel phone but, at least for the most part, the simplicity was still there. As long as I used Chrome and my G Suite account I didn’t have to think about anything again, including, apparently, the ethics of the software and services I was using.

Finally, a little over a year ago, I woke up to the price of the “simplicity” I had been pursuing. From privacy (now a much bigger issue) to the dangers of putting all my eggs in one basket and from DRM to the impact of the devices and tools I use on others, all the principles I had abandoned in favor of simplicity were suddenly back in my mind. It was time to reconcile simplicity and privacy/ethics.

All tech still has problems

In practice, it was a time for me to come to terms with what simplicity means. For example, using all Apple or Google services sounds great until something doesn’t quite think the way you do. When that happens the frustration of trying to be productive using someone else’s idea of how you should work can be overwhelming.

Perhaps this argument can be added to the “ethics” argument but for me it was personal too. Apple, for example, was only as good as its simplistic apps and when they failed, which they seem to do more and more often these days, it can really derail a project or other work.

Google isn’t much better. For example, you can get to everything on every device, in theory, with Google but you had better still have one or more of their devices nearby if you want that data pushed to you rather than having to dig for it. Simply closing the calendar tab by accident in Chrome can easily mean you miss your next meeting if you haven’t been careful to setup something else to remind you.

While these problems may just be a side-effect of “simplicity” the are still real problems and can really impact a lot of work.

Today I have mostly moved away from big tech all together. From my email to nearly every other piece of data I’ve found solid alternatives I can live with using tools that I would be comfortable suggesting to nearly anyone. It feels good, I know it’s the right thing to do and, frankly, I’ve had a lot of fun doing it. Here are a few posts I’ve made on my own process if you’re looking to do similar.

As much as I would like to say that is the end of the story, sadly, perhaps, it isn’t. As I’ve moved to more ethical tech I find myself in a situation where I’m spending much more of my time maintaining that tech. In addition, the universal access to data has, at least to an extent, been lost. This is particularly true when I travel.

Given these shortcomings, it is time for me to revisit what, exactly, I am actually looking for in tech.